The Wild West beckons once again but this time Quickspin is out to show that revenge and big wins are dishes best served cold.

Arguably one of if not the most iconic online casino game series set in the Wild West, the Sticky Bandits slot series has returned to town with its fourth gun-toting sequel.

Brandishing 5 reels and 10 paylines, Sticky Bandits: Trail of Blood takes the series down an even grittier road with its blood-soaked story and cold-blooded protagonist.

However, fans can still expect to be armed with reel firepower in the form of devastatingly rewarding features that could help them bring in bounties worth up to 17,000x their bet.

A volatile quest for revenge awaits all who dare to spin this slot so are you ready to leave your own trail of blood?

Unlike its predecessors, Sticky Bandits: Trail of Blood has a reasonably detailed plot and a named protagonist in the form of Tex Tallonis, the former sheriff’s deputy of a goldrush town. When he discovered that the people in charge were secretly lining their own pockets with the town’s money, he set out to bring them to justice.

However, his noble quest gained him powerful enemies who sought to eliminate him in order to protect their ill-gotten gains. One tragic night, an all-out assault on his home by bandits led to the death of his wife and children. He himself was assumed to have perished along with them… and that misconception was the beginning of his enemies’ downfalls.

A year later, he has returned to avenge his family and leave a trail of blood and corpses in his wake. 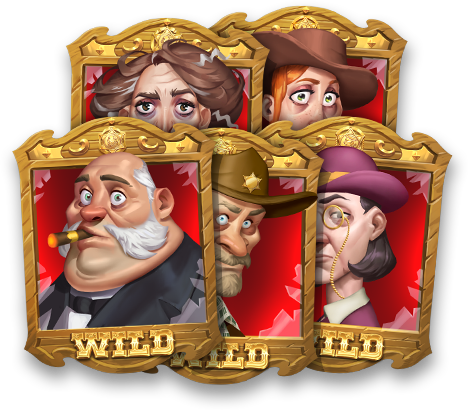 Like Tex, players should be on the lookout for the game’s Wild symbols as the targets of his vengeance are represented by them. There are a total of five of them and one character’s Wild symbol is assigned to one reel.

Aside from helping to form winning combinations, these Wild symbols also perform double duty as Scatter symbols that can trigger the Revenge Free Spins bonus round if enough of them land on the reels. The number of Wild symbols that appear determines the number of free spins that are awarded as per below: 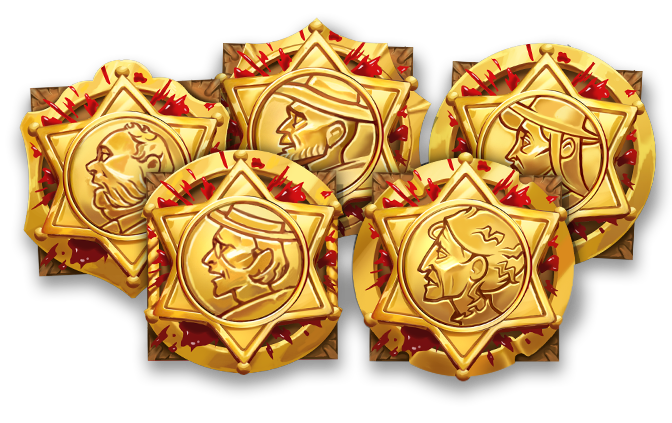 An entire line of Sticky Wild symbols triggers a ‘Trail of Blood’ and rewards a payout of 300x the player’s bet. 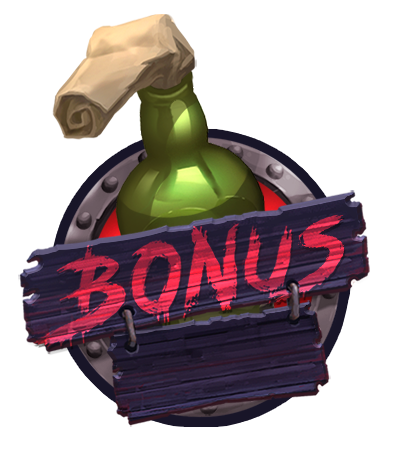 Another way of triggering the bonus round is the Buy Bonus feature which offers two options with different prices:

Check Out the Other Sticky Bandits Slots Too!

2017 marked the beginning of the Sticky Bandits slot series with its first eponymous entry which had 5 reels and 30 paylines. Its popular Wild West theme and features such as Massive Wild symbols helped it quickly achieve a large and loyal fanbase.

It was not until 2019 that a sequel arrived in town bearing the appropriate name of Sticky Bandits: Wild Return. Featuring 5 reels and 40 paylines, it rightfully excited eager fans with its increased win potential and new Quick Slot Bonus feature.

Another two years passed before Sticky Bandits 3: Most Wanted, the 5-reel, 9-payline third entry in the series made its debut. The free spins bonus round was a standout feature as a 2x multiplier was attached to all wins earned through it. 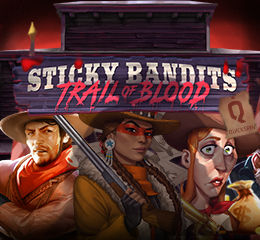 People talk a lot about the price of revenge but my old pal Tex is determined to make it a rewarding venture for himself and you if you dare to help him.

The Wild West has always been a dangerous and deadly place but the tragedy that befell my old pal Tex Tallonis is too great to put into words.

It’s been a year since he lost his family but now he’s back to deliver his own bloody brand of justice on the ones responsible and I don’t have the heart to try and talk him down.

Could you do me a favour and help him out however you can if you’re up for it? If it’s money you’re interested in, the people he’s after have a lot of cash, not to mention big bounties on their heads, so you’ll be richly rewarded for riding with him.