Canada-based INTERAC® is an interbank network that serves as the country’s debit card system. It facilitates the exchange of electronic financial transactions between financial institutions and other types of enterprises.

Launched in 1984, INTERAC® was introduced through the non-profit cooperative venture Interac Association which at the time had five local financial institutions as members. A for-profit counterpart organisation named Acxsys was created by the same group in 1996 and launched complementary services such as e-transfers under the Interac brand. In 2018, the two were merged into one for-profit organisation which bore the name Interac Corporation.

This deposit method is only available to Canadian players.

INTERAC® is a major and trusted payment system in Canada which now allows for money to be sent from a locally owned account to any recipient in the world.

Its two transfer options which are available at EmuCasino are: 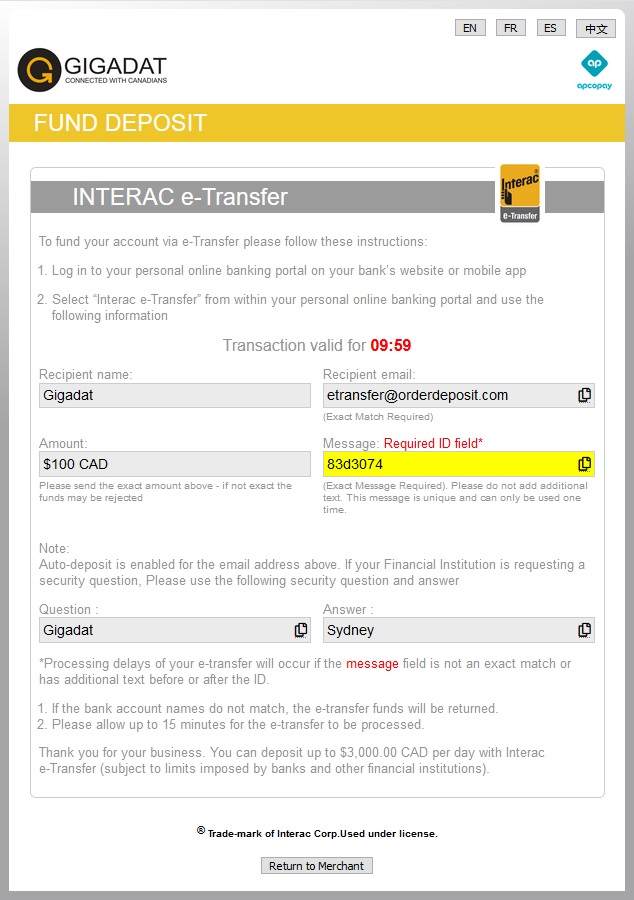 To find out how to cash out using INTERAC®, check out the INTERAC® section of our Cash Out page.