Claim up to three different bonuses which are:

If there’s one thing that’s better than having a bonus once a day, it’s got to be two of them two times over!

Another thing I’ve decided to do two of is – what else – give out two times the number of presents to my friends so they can enjoy themselves two times as much as usual too! And since I’m at it, guess what? I’m doing it two times over on top of that! 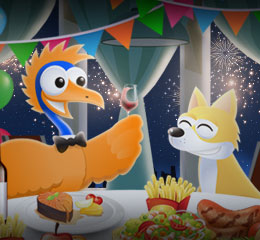