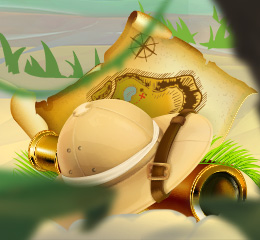 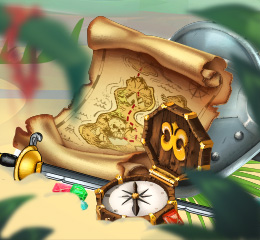 Players will be able to opt in to one of two match deposit bonus packages every week of March 2021. Once they have chosen their preferred package, they will need to make a deposit and claim as well as activate the first match deposit bonus before the next one in the package will be revealed.

There’s a buried treasure trove (or more) of bonuses calling your name so grab your shovel and let’s go!

Contrary to popular belief, I do actually like things other than my beloved games and one of them happens to be treasure hunts. What do you mean they’re a type of game too? Okay, so I admit they both give me that same thrilling sense of anticipation but they achieve them in different ways and that’s what matters! Plus, treasure hunts don’t just deliver on the heart-thumping anticipation front; there’s the added thrill of excitement as you solve a mystery and uncover a well-hidden secret!

Not convinced? Well, I’m here to change your mind in the most obvious – or do I mean secretive? – way! Instead of handing you a present up front, I’m giving you two treasure maps to choose from and a whole week to figure out the one you picked. Yes, you’ll find different things depending on the map you choose and that’s really all I’m going to tell you because I don’t want to ruin the surprise. Bet I’ve got your attention now which is good because there’s treasure out there waiting for you to find it! 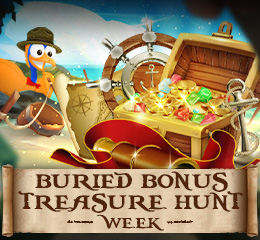